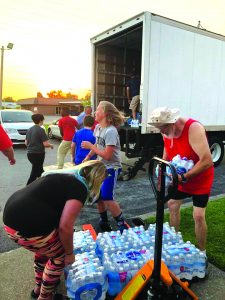 For Salvation Army Captains Aaron and Rebekah Abram and the 59,000 other residents of Owensboro, Kentucky, the first inkling something was wrong the morning of Monday, July 9, was when they turned a faucet and only a few drops came out.

“We had two water main breaks, and the entire city was without water,” said Captain Rebekah, who with her husband are corps officers in Owensboro. “You could not flush toilets, you could not take a shower, nothing. And we had vacation Bible school and summer day camp that week.”

The officers postponed the first day of VBS to Tuesday. Day camp went ahead Monday as planned, and staff members with buckets, filled with the trickles of water coming from the taps, were ready whenever a child used the bathroom. Major Stephen Story, corps officer in Bowling Green, Kentucky, sent north 15 cases of water, or 360 bottles. And portable toilets were secured for Tuesday’s day camp and VBS.

As the crisis continued, “we decided we needed to help,” Captain Rebekah said. “Once a state of emergency was declared for Daviess County, we got on the phone with divisional headquarters, rallied the corps and purchased a pallet of water from IGA” – 84 cases with 24 bottles in a case.

The Salvation Army “Water Wagon” – the corps mobile feeding unit – headed out Tuesday to deliver water to elderly residents, impoverished neighborhoods and homeless persons. (When the canteen broke down in the 95-degree heat, the corps dispatched Water Wagon II, its 12-passenger van.)

Then, the corps got a call from the United Way. There was a truck coming down from Evansville, Indiana, with the first of 3½ pallets of bottled water. A local TV station, 14News, had worked with the Schnucks supermarket chain to get customers to donate water. PD&S, an Evansville trucking company, had offered one of its vehicles to transport it.

Could The Salvation Army take delivery of the water and distribute it?

“By the time United Way got the first truckload to us, we had just finished giving out what we had purchased,” Captain Rebekah said.

Water pressure returned Tuesday night, but the water was not drinkable; a boil order was in effect while Owensboro Municipal  Utilities crews flushed the lines and took samples. So, Wednesday morning, the Water Wagon headed out to make more deliveries.

Corps Sergeant Major Lori Thurman noticed that many people were hungry because they had no water for cooking. She called two local pizzerias, 54 Pizza Express and Papa John’s, and got them to donate 10 pies apiece to go out with the water deliveries. Also, the Bimbo Bakery Outlet in Owensboro contributed doughnuts and breads.

The emergency ended when full water service was restored by Thursday morning, July 12. The corps had given out more than 10,000 bottles of water to 1,500 residents. Twenty people volunteered to unload the Evansville trucks, and 12 people delivered water.

“We were just able to be the hands and feet of Jesus, and everybody seemed to rally around it,” Captain Rebekah said. 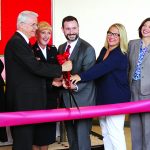 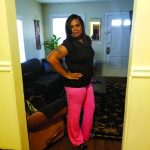