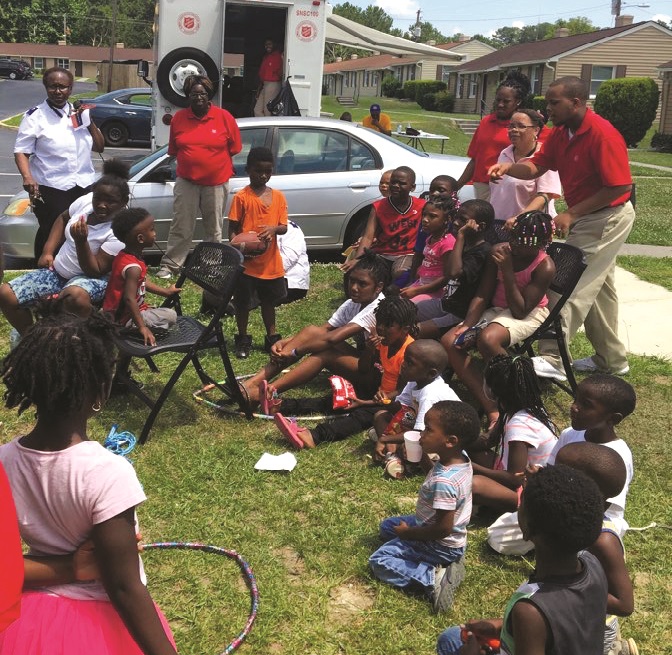 Columbia, S.C., corps is taking its Sunday school to the community

Every other Saturday, a motivated group from The Salvation Army of Columbia, South Carolina, ventures into the community for “Sidewalk Sunday School” to great impact. Majors Henry and Benita Morris, Columbia area commanders and corps officers, lead an assembly of 20 to 25 soldiers and corps cadets on average, visiting different pockets of the Columbia area and putting boots on the ground in ministry form.

The outreach-driven activity takes about two hours, with the time split evenly into four specific areas of focus. First, the group engages in fun activities aimed at gathering individuals – and children, specifically – together to have a good time. The Salvation Army’s canteen then follows along with dedicated lunch service, delivering simple food to those gathered. From there, a biblical message is delivered in open-air form, with time specifically assigned to door-to-door visitation for outreach in the locations visited.

“When we’re out visiting and doing Sidewalk Sunday School, we often have parents and family members that are curious about The Salvation Army,” said Major Benita Morris. “That is our opportunity to let them know what we have going on and what the Army has to offer. It isn’t uncommon to come away with addresses and information from people where we’re sending buses back to do pickups from the areas and using this is an outreach.”

Sidewalk Sunday School began in the summer of 2018, and the fruits of the program are evident in Columbia, with plans to continue the positive momentum. YPSM Glenda Rushin comes alongside the officers to play a critical organizational role, utilizing young people and dedicated adults in various capacities each time the mobile ministry hits the road.

Numerous success stories have resulted from the ministry’s work. In fact, the Columbia Corps is examining the potential expansion to a second Sunday service, in part due to the success of Sidewalk Sunday School and its impact in bringing others into contact with the church.

“We feel that if these people won’t necessarily come to us, we’re going to come them,” Major Morris said. “We believe it’s important to get out from the four walls of the corps. Go to where the people are. We need to go into those neighborhoods where the Army needs to be visible and where people need to hear, and to know, that God loves them. … We’ve gotten respect in those neighborhoods because we’re out there, we’re consistent and we’re visible. It’s been great for us.” 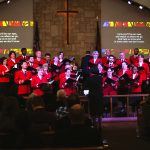 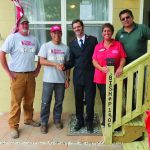 Heroes with hammers and saws
Scroll to top