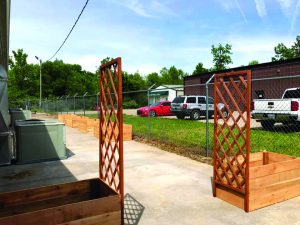 Captains Dawn and Jonathan Whitaker had an inspiration for doing something green at the Clarksville, Tennessee, Corps: a garden to provide fresh produce for shelter residents and the community. But how to do it in an urban campus covered in concrete?

They shared on Facebook, asking for donations of lumber to build raised planting beds, and for hay and soil to fill them. A host of angels responded.

OK, not a host. An angel named Amy Unruh.

“When I first heard Dawn was looking for someone to help with a garden at The Salvation Army, I thought that was just a wonderful idea,” said Unruh, who with her husband Benjamin and their three children own Three Mustard Seeds Farm in the Tennessee countryside near Clarksville.

“It’s actually been a goal of mine, to get us back to more self-sustaining ways of food production,” Amy Unruh said. “A garden is healing in so many ways.”

Captain Dawn agreed: “There’s just something about getting your hands in the dirt. It can completely erase your mind of whatever it is that troubles you, just by working and pulling weeds.”

The Salvation Army emergency shelter in Clarksville is open nightly and can accommodate 24 men and 18 women in separate dormitories; four units are available for families with children. Guests are provided with linens, toiletries and morning and evening meals.

Growing the food they eat can build self-esteem among shelter residents, especially the children, Captain Dawn said. “When you’re not as self-sustainable as you want to be, even if it’s just picking a tomato, there’s some ownership and healing in that, that you’ve made something good come out of the ground.”

“Amy texted me, ‘Let’s keep planting seeds of hope!’ and Jonathan said that should be the name!” Seeds of Hope Garden will have a series of raised gardens made of cedar. The Unruhs are constructing four 3-by-6-foot beds for the main plot, two 4-by-2-foot beds for the side of the corps building, and a single 3-by-6-foot bed with vertical planters for a narrow space behind the building.

The community is pitching in to help.

“We have some wonderful local companies we’re working with,” Amy Unruh said. “The beautiful thing about Clarksville is, we come together as a community to make projects like this a success.”

The Compost Company of Ashland City, Tennessee, is donating soil; and Greenfield Trucking of Clarksville, gravel. As soon as the dirt is delivered, this year’s crops will go in: tomatoes, cucumbers, pole beans, okra and collards.

Shelter residents who wish to will tend Seeds of Hope, possibly assisted by volunteers from the community. Principal tasks will be watering, weeding and feeding. A farmstand offering free, freshly harvested produce is a possibility.

“Anyone who’s walking by who’s in need of fresh groceries, who’s not comfortable coming into the shelter for help, will have something available right out front,” Amy Unruh said. “I hope the garden provides joy and peace as well.” 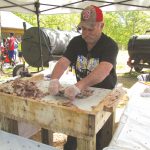 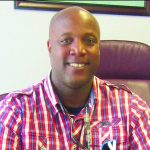