Many corps across the territory held services for Ash Wednesday last night. Lieutenant’s Charles and Teri Smith in El Dorado, Arkansas had a special opportunity happen before their service even began!

A most interesting Ash Wednesday dinner happened to us tonight. As Charles was waiting for us to meet him at the restaurant, he had the chance to speak to the waitress. She was devastated that she had forgotten that it was Ash Wednesday. Charles told her that he would feel it a privilege to impose Ashes and pray with her. She quickly agreed and asked if she could ask any of her coworkers if they would like the same. So, right there in one of the closed sections of the restaurant, Charles was able to offer the imposition of ashes and pray with 2 people. Later on as we were ready to leave, the waitress came back and told Charles that there was a family who had just moved in to town that would like to know if they could also partake of Ash Wednesday. What a double blessing for Charles to be able to perform this ministry. The pictures are of our waitress and the family. The other woman was hard at work in the back and didn’t have the opportunity to come up again. What a neat night!

What a great story and example of being the church outside of the four walls of our corps buildings. Be encouraged today, never be afraid to respond to the spirit when He prompts you to share His love. 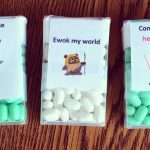 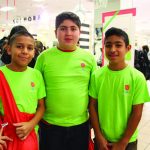