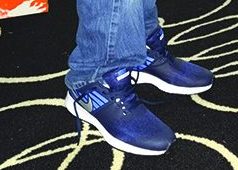 Building on a community relationship nurtured by the Angel Tree Christmas program, the Hendersonville, North Carolina, Corps launched a new outreach in late August as school bells rang and kids made their way back to the classroom.

“Kicks for Kids” put new shoes on the feet of students from kindergarten to the 12th grade. The Hendersonville Corps put 200 kids in new shoes that were donated to The Salvation Army from the public.

The program was conceived by Carrie Israel, social services director for the Army in Hendersonville. She reached out to donors throughout the community, many of whom have been contributing gifts to families in need through the Angel Tree program during the Christmas season. Donors included individuals, neighborhoods and businesses.

“The community really stepped up,” Israel said. “It was awesome. We were able to distribute 200 pairs of shoes.”

After getting the word out to the community, the Hendersonville Corps invited families to come in and apply for the assistance, much as they do in the Angel Tree program, listing their children’s names, ages and shoe sizes. Meanwhile, donors selected families to sponsor, bought the shoes and brought them to the Hendersonville Corps, where they were distributed to the eligible kids.

“We were so pleased with the success we had in our first year,” Israel said. “We do plan to repeat it next year, and we hope to double to size.” 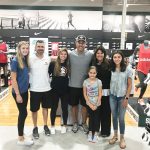 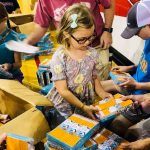 The Salvation Army rallies Chattanooga to fill children’s backpacks with...
Scroll to top