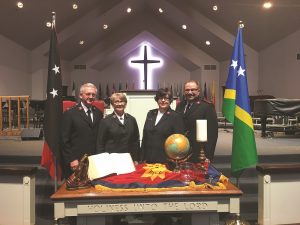 Papua New Guinea is widely referred to as the “Land of the Unexpected” and, for Colonels Kelvin and Julie Alley, that reality rings true in their everyday life. In April, Colonels Alley visited with soldiers from the Atlanta Temple Corps for their annual World Services weekend and their testimony was both revealing and inspiring.

Colonels Alley participated in a variety of ways, visiting with the corps body and cadets at the Evangeline Booth College on Saturday morning, as well as ministering with combined Sunday School and the traditional holiness meeting on Sunday morning. In addition, the couple, who currently serve as the territorial commanders of the Papua New Guinea territory, engaged with young adults and leaders in the corps in an informal and eye-opening conversation on Saturday evening.

Those in attendance were informed that Colonels Alley, originally from Australia, preside over a territory in which corps routinely operate without indoor plumbing, electricity or even chairs to support growing congregations. In Papua New Guinea, 330 active officers, in addition to 80 retired officers, make daily sacrifices with an eye and a heart toward ministry. Colonels Alley shared their stories with truth and purpose.

“We saw such love in how Colonels Alley have wholeheartedly embraced the people of Papua New Guinea through choices large and, perhaps most importantly, small,” said Caleb Louden, Salvation Army mission specialist.

The Alleys led a candid conversation centered on the development of the Army’s mission and a desire to recapture the original, outreach-driven focus of the organization. In doing so, the soldiers and visitors of the corps were provided a view of what can be sacrificed in order to make that mission come alive, as well as a model for leadership under trying circumstances.

“Colonels Alley pointed us to the dramatic display of God’s love in the boundless work done by soldiers and officers in PNG, always with few resources and often while risking their very lives,” Louden said. “Still, while beset by challenges and dangers that we cannot fully fathom, these people know the splendor of God’s perpetual joy. We would do well to observe and imitate the Army of Papua New Guinea.” 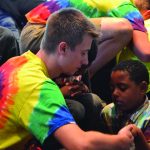 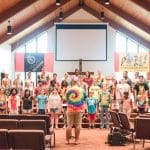