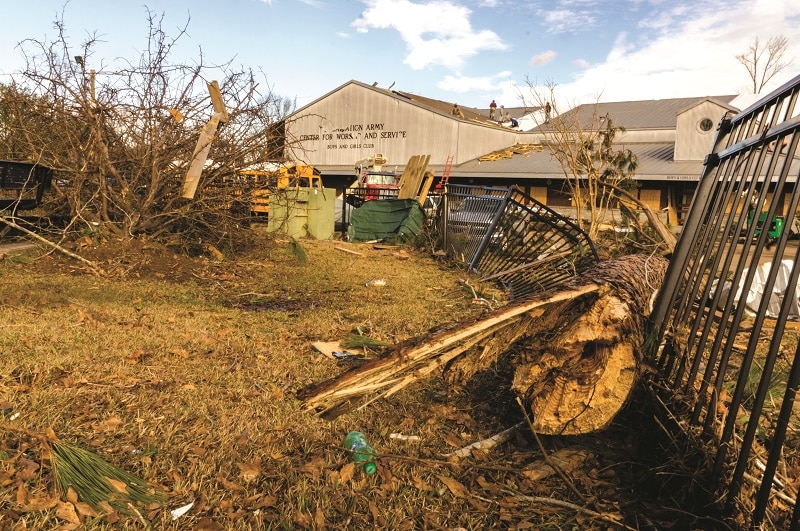 After the Storm, a Community Recovers

Lieutenants Stacy and Patrick Connelly knew a storm was coming. They had been watching the news all night when the emergency alert on their cell phones suddenly went off at 4 a.m. on Saturday, Jan. 21, telling them that a tornado was just two miles away. They woke their 2-year old and immediately headed for the underground storm shelter in their garage, checking their phones to see where it was headed.

“It was going straight toward the corps,” Lieutenant Stacy said.

When the storm had passed, the Hattiesburg corps officers got dressed, got in their cars and drove to the property, making their way around tossed vehicles and toppled power lines and trees to what they described as “a war zone.”

Cars had been moved, buses had been thrown and the roof had been pulled off several areas of the building, allowing two inches of rain to pour in along with glass from the shattered windows. The shelter, which sits adjacent to the corps building, had also suffered damage but a member of staff had called in to let the officers know that everyone was safe.

“You’re almost numb because it seems like you’re dreaming,” Lieutenant Stacy said. “We’re supposed to be able to just load the canteen and go, but all of our resources are now gone. It was a raw feeling, something I’ve never experienced before.”

The Connellys called DHQ to report on the damage and ask for help, for themselves and for their community where residents who had also suffered damage were looking for help.

This wasn’t the first time the community had experienced significant losses from a tornado, but it was a first for the corps. The entire Salvation Army campus suffered significant damage requiring repairs, which are estimated to take up to nine months before the buildings can be used again. To find a temporary home for the corps, Boys & Girls Club, social service offices and shelter, the Connellys had to get creative.

They closed the shelter down, opened the social service office in an available space inside the Family Store and started using a Catholic high school’s chapel for Sunday worship at 10 a.m.

Still, there are challenges.

“We don’t have songbooks or printed programs because we still don’t have computers. We write out an order of service by hand,” she said.

After worship ends at 11, the 35 to 40 people who continue to attend the unique corps load up a catering truck with fresh fruit, water and Gatorade and drive to a neighborhood near the corps. There, they play games with area children, visit with adults and pray.

“We are trying to build relationships so that once we are back in our building, we will be able to bridge the gap and bring them into the corps,” she said. “We’re trying to see this as a blessing in disguise.”

Repairs are set to begin on the Hattiesburg Corps in early spring, and the Connellys hope the work will be completed by the end of the year. 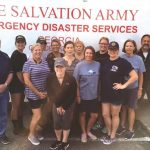 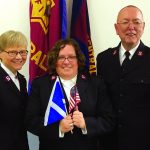