A Prayer in Memphis

The Memphis ARC is providing hope and healing to women who struggle with substance abuse.

Felicia Bryant knew she needed help. She was looking for a long-term, Christian-based program. Growing up, both of her parents struggled with addiction. She dropped out of school during her senior year and by 21, she had begun her own struggle with drug addiction. Her struggle culminated when she was charged with a federal crime in 2012, at the age of 34.

“That’s when I wanted to turn my life around,” she said. “The things I was doing were scary; my drug addiction was scary.” Instead of serving time, she was sent to undergo drug treatment and eventually came to the Memphis ARC. She’s been in the program for more than five months and will soon graduate. She credits her supportive family, including her three daughters, with helping her through.A Lit

Majors Erik and Carol Nickell are currently serving as the ARC administrators and were in place when the center expanded its services to women.

The Nickells had served in three previous ARC appointments, but this new program was initially a challenge.

“I was scared at first,” Major Carol Nickell said. “But I’ve learned a lot.”

She said that one of the biggest challenges for women is their connection with their children, who cannot join them at the facility. They can also be more emotional, she said, but offer each other support and kindness and form a sisterhood. The women’s program is housed in a separate building towards the back of the ARC campus. Inside, a dorm-like atmosphere has been formed, with women gathering in the common room to watch TV, read and hang out in the evenings when their classes have finished.

Each bedroom houses two women who form close bonds with their roommates through shared space. A chore chart and schedule is posted near the shared laundry room and vending machines. There’s a computer work area as well as a covered pavilion where smokers can congregate on breaks. Though the men’s smoking area is around the corner from the women’s building, the line of sight never matches up. In fact, the men’s and women’s programs rarely intersect. In graduation and chapel meetings, the two groups are separated into different pew sections. They share a dining room but eat at different times and attend separate evening classes. The one place that they do interact is during their shifts at the Memphis Family Store and Donation Center next door.

Major Nickell says they enforce a 3-minute/10-feet rule to limit conversations and maintain physical distance. This helps beneficiaries to focus on their recovery and avoid unhelpful distractions.

For Brandy Moon-Cole, though, this rule was broken. Moon-Cole was the first female graduate of the program and she attended along with her husband, whom she was permitted to see though they had separate rooms. The couple celebrated their commitment to each other and to sobriety in a vow renewal ceremony held at the center in October.

After graduation, Brandy’s husband left to serve time and she stayed at the center, continuing to work and mentor those who came after her, including fellow graduate Tandy Wheeler.

Wheeler came to the center in June and graduated from the program in January. She says that when she first arrived, she was spiritually broken and in need of structure.

She found that in the center, where each day is heavily scheduled and free time is limited.

On weekdays, the women wake at 5 and complete morning chores before a 6 a.m. breakfast. Afterward they have a brief quiet time before attending a chapel service called Morning Watch and then heading off to work until an early dinner. They have a 45-minute break before evening classes that run from 6 to 8 p.m.

During that time, women attend Bible studies, life skills classes, AA meetings, recovery maintenance and exercise and recreation groups. It varies each day with the most popular class, Celebrate Recovery, taking place each Thursday evening in the chapel. It’s where women meet with small groups to discuss their recovery. They form deeper bonds and see change happen.

“We are all broken in some way,” Wheeler said. “I was an outsider, looking in on myself. Now I’m stronger, more understanding. I’m learning to accept who I am.”

She wants to help others find the same acceptance and peace that she did. Currently, she continues to reside at the center, working at the family store alongside women who aren’t as far along in their recovery as she is. She’s a mentor and a friend and one day, she hopes to be an addiction counselor.

“I want to give what I was given,” she said. “I’m now building a new life and I thoroughly enjoy helping people. It really is an experience to see how the other women are growing.”

On January 5, Wheeler became the second woman to graduate from the Memphis Adult Rehabilitation Center program. More will follow as the program continues to grow and help women overcome addiction. 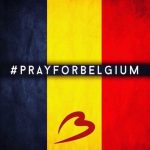 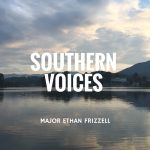 It’s Today… Make it Matter for Tomorrow
Scroll to top