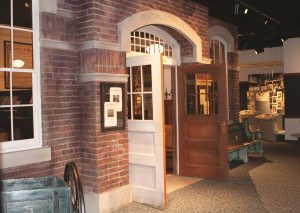 A place for heritage and reflection

Of the 10,000 objects, hundreds of thousands of photographs and millions of pages of documents in the Southern Historical Center – the repository of historical artifacts for The Salvation Army’s Southern Territory in Atlanta – the exhibit with the greatest emotional and spiritual impact is a small, simply furnished room.

It’s a replica of a Salvation Army storefront one might find in the slum district of a major city in the early 20th century. Vintage electric light fixtures hang from the ceiling; there are hard wooden chairs for 21 people and barely enough room at the front for the Mercy Seat and a raised platform. A leather-bound Bible is on the pulpit, open to the day’s message. A foot-pumped organ and a decorated bass drum of the kind used in street meetings share the stage.

“We have older people come in and say, this reminds me of where I found the Lord or came to the Army,” said Michael Nagy, director and archivist of the Historical Center. “And we’ve had a number of cadets here at the college ask to use that little chapel for prayer meetings, or to meet here for different aspects of class. For whatever reason, it’s a spiritual place.”

“Even though it’s a re-creation that was never used as an Army chapel, just the way it’s designed gives you a connection to the people in the Army 100 years ago – what their lives would have been like, and how they worshipped.”

The Historical Center occupies part of the second floor of a building at Evangeline Booth College. Many visitors to the college – and certainly every cadet who has trained here since 1991 – has taken a tour of the place to get better acquainted with Salvation Army history and culture. The museum is open by appointment, generally, from 9 a.m. to noon and 1 to 4 p.m. Monday through Friday. There’s no admission fee, but donations are accepted.

As the official cultural heritage repository for the Southern Territory, Its purpose is “to collect, describe, preserve and interpret.” It collects artifacts, photos, audio-visual materials, personal papers, official records, oral histories, books, periodicals and biographical and corps history files. Every training college yearbook is here, as well as back issues of the War Cry, Southern Spirit and other publications.

The materials are available for scholarship, programming and the education of the public. 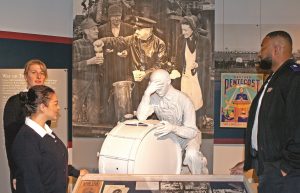 The parts that make up today’s Historical Center have been coming together at the training college since the 1950s, when artifacts and memorabilia were scattered about the campus in display cases or closets. A territorial archives was established about 1986 and moved to the history center when it was created five years later.

Today, the Colonel B. Gordon Swyers Memorial Research Room and Library contains non-circulating, published materials by and about The Salvation Army including out-of-print and rare editions, periodicals from the 19th Century to the present, and a research room with finding aids, an online catalog, microfilm readers and scanning and photocopying facilities. Congregational and spiritual life archives contain corps and oral histories. The museum also maintains 16 display cases in the Ernest R. Holz Education Building focusing on various aspects of Salvation Army mission and service.

Nagy was fresh out of Georgia State University graduate school, with a master’s degree in heritage preservation, when Major John Merritt recruited him for the museum in 1997.

“I was hired to be the collections manager,” Nagy said. “They had already created the museum and done a bunch of events here, but they didn’t have good organization of the archives and artifacts, and the database needed a lot of work.”

Nagy has been here 21 years, but there’s still much work to be done. While every piece in the collection has a “basic level” description, only about 20 percent has been documented at the “item level,” “where you have a description of each individual photograph or object or folder in the archives – where it came from, who created it, the date, subject, and a basic description,” Nagy said. “That’s what we’re working on, all the time.”

That is, when Nagy and his assistant Andie Troxclair aren’t fielding questions or digging for answers. “Often, local units contact us for information about their area or a broader history of the Army to disseminate to the public, on social medial or to advisory board members and civic leaders.”

“We find things in the vertical files relating to Salvation Army units – lists of officers, corps opening dates, dates of service, and materials for their re-use in social media or in reports or grant applications – photographs and other information. Also, we get requests from officers’ family members – the officer’s session, and where they were appointed. Unfortunately, we don’t have a lot of information on solders because we don’t get the roll books, as they were kept locally.”

The Historical Center has on display a timeline of The Salvation Army internationally and in the Southern Territory, as well as posters and photographs, artifacts in display cases and permanent exhibits depicting such scenes as the doughnut lassies in the World War I trenches.

Typical of a museum, only about 15 percent of its holdings are on public view; the rest are in safe storage around the building and, for delicate materials like paper documents, in a specialized store room controlled for climate and humidity. Much also is in media such as film, audio, video and digital.

“The actual artifacts of the Army are musical instruments and flags, banners and pins, memorabilia from events, and uniforms,” Nagy said.

The most valuable holding may be the Bible that Commissioner Samuel Logan Brengle had in seminary, before he came to The Salvation Army.

The book arrived by way of the Brengle Institute, held every year in Chicago; Colonel Albert Pepper, its founder, was a mentee of Brengle. Colonel Pepper gave the Bible to Colonel Charles Talmadge, at one time principal of the Atlanta training college. When Colonel Talmadge was promoted to Glory, his wife, Colonel Virginia Talmadge, gave the book to the Historical Center.

As for the center’s future, Nagy said, “right now we’re focusing on digitizing and getting more things online to be used in communications.” And the center is always taking contributions; a list of accepted materials accompanies this story (call first to make sure it doesn’t already have the item).

“We’ll pretty much take things that are unique: photographs, event memorabilia, archival documents, reports, correspondence. Things that typically aren’t reproduced in mass quantities, we are always open to taking those.” 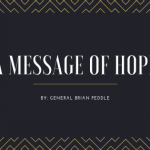 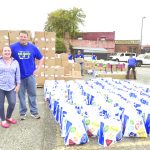 Baltimore doubles down on doing the most good
Scroll to top